This is a post about a letter from the United States Department of Justice. The letter is about the Americans with Disabilities Act and web sites. In the letter the Department says it will not make new rules about websites and access for disabled people. This is good news because the ADA already applies to websites. The letter says the Department has read the ADA to apply to public accommodations’ websites for more than twenty years. 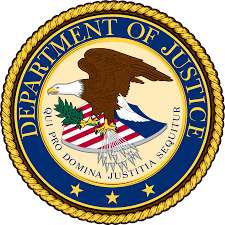 A September 26, 2018 article in the Credit Union Times brought a sigh of relief to those working for an accessible, inclusive digital world. The article was titled DoJ Refuses Request to Issue ADA Guidance for Websites. It announced that the Department of Justice was not going to issue any new regulations about web accessibility and the ADA.

Under the current administration this is welcomed news.

A copy of the DOJ’s letter is linked to the Credit Union Times’ article. It is reprinted here in full so an accessible version is available to anyone who wants to read it.

DOJ’s Response to 103 Members of Congress

The DOJ’s letter was sent to Congressman Ted Budd. In June of this year the Republican from North Carolina had joined 103 members of Congress in sending a letter to the DOJ asking the Department to issue regulations in response to a significant number of lawsuits filed against credit unions. Read about the June, 2018 letter to DOJ in the Seyfarth Shaw ADA Title III blog.

The DOJ’s September 25, 2018 letter is unequivocal in describing the application of the ADA to websites:

The Department first articulated its interpretation that the ADA applies to public accommodations’ websites over 20 years ago. This interpretation is consistent with the ADA’s title III requirement that the goods, services, privileges, or activities provided by places of public accommodation be equally accessible to people with disabilities. September 25, 2018 letter from Assistant Attorney General, US Department of Justice

The DOJ’s letter also reminds the congressman that “the Department has consistently taken the position that the absence of a specific regulation does not serve as a basis for noncompliance with a statute’s requirements.” (This is something I have written about for a long time, including last December’s post titled No ADA Web Accessibility Regulations? No Excuses.

Full text of September 25, 2018 Letter From the U.S. Department of Justice

This responds to your letter dated June 20, 2018, regarding website accessibility for public accommodations under the Americans with Disabilities Act (ADA). We apologize for our delay in responding your letter.

As indicated in the Notice of Withdrawal, the Department is evaluating whether promulgating specific web accessibility standards through regulations is necessary and appropriate to ensure compliance with the ADA. The Department will also continue to review its entire regulatory landscape and associated agenda, pursuant to the regulatory reform provisions of Executive Order 13771, “Reducing Regulation and Controlling Regulatory Costs” and Executive Order 13777, “Enforcing the Regulatory Reform Agenda.”

We very much appreciate the concerns regarding the impact that the risk of litigation has on covered entities. The Department remains committed to safeguarding accessibility for individuals with disabilities while also working with covered entities to ensure that compliance with the ADA is feasible and sustainable. Given Congress’ ability to provide greater clarity through the legislative process, we look forward to working with you to continue these efforts.

We hope this information is helpful. Please do not hesitate to contact this office if we may provide additional assistance regarding this or any other matter.

1.In Robles v. Dominos Pizza, which you referenced in your letter, the court did not dispute that websites of public accommodations that provide goods or services are subject to the ADA’s accessibility requirements. Rather, the Robles court took issue with the plaintiffs position that compliance with a specific technical standard for web accessibility was necessary to comply with the ADA’s requirements.↩