The United States Department of Justice has withdrawn ADA regulations about websites.  But the ADA still requires website accessibility.  Why? Without access disabled people are excluded from public and private life.  Courts recognize this.  Let 2018 be the year where companies stop wasting money on lawyers to fight about web access. Return to top of this post. 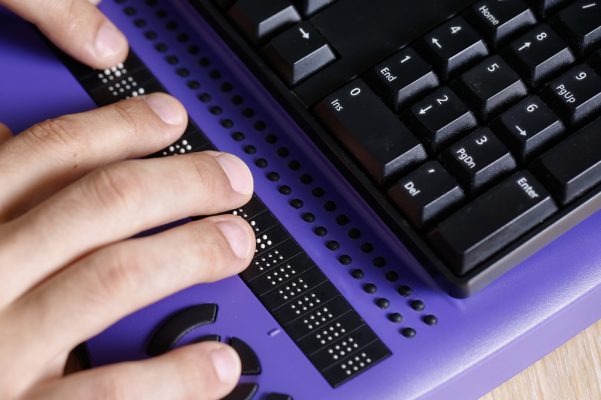 It’s also required by the Americans with Disabilities Act and other laws both in the U.S. and increasingly around the world.

For close to seven years, since July of 2010, the United States Department of Justice (DOJ) has talked about issuing regulations specifically about web accessibility. On December 26, 2017, the Department announced that those regulations were officially withdrawn. Nixed. Not in Play. Kaboshed. Dead and buried.

From a legal standpoint, the short answer is no. (Read below about some of the judges that agree.) Website owners, developers, contractors must still build accessible websites. Accessibility is a civil right with or without federal ADA regulations.

And the Web Content Accessibility Guidelines (WCAG) 2.0 Level AA, coupled with training, usability testing with disabled people, policies, and other best practices are the proven ways to make accessibility happen.

[As with all posts on this website, please remember that this post is not intended as legal advice.]

Courts are ruling in favor of plaintiffs in ADA website lawsuits. My August, 2017 post titled “Companies are Losing Web Cases: Spend Money on Access not Lawyers,” talked about four of those cases. As the post details, with links to the court orders, judges refused to throw cases out of court against Hobby Lobby, Blick Art Materials, and the Five Guys restaurant chain. And in an historic first (now on appeal) a judge in Florida ruled for the blind plaintiff in a web access case against Winn-Dixie after the first ever judge trial on web accessibility.

And there have been other accessibility wins since then. This past October CVS lost its effort to throw a web accessibility case out of court – more money wasted on lawyers. Read an article about the CVS web access lawsuit. Read the judge’s order in the CVS web case.

The Sixth Circuit Court of Appeals ruled in November that an absentee voter system based on paper ballots violated the ADA rights of blind voters: an accessible system was needed. Read an article about the Ohio voting case.

Also in November, 2017 a New Hampshire judge ruled that a web access case against Blue Apron could remain in court. Read the judge’s order in the Blue Apron case. The judge quoted the court ruling in the Netflix captioning case — a quote that sums up why accessibility does not depend on website regulations:

In a society in which business is increasingly conducted online, excluding businesses that sell services through the Internet from the ADA would ‘run afoul of the purposes of the ADA’” in that it would prevent “‘individuals with disabilities [from] fully enjoy[ing] the goods, services, privileges and advantages, available indiscriminately to other members of the general public.Blue Apron court order, quoting Netflix ruling requiring captioning of streaming video

One of my favorite lines from these cases was written by the judge in the Blick case. Even at age 96 (or maybe because of elder wisdom) judge Jack Weinstein recognized that waiting for DOJ to issue web regulations was unfair to people with disabilities:

The court will not delay in adjudicating [plaintiff’s] claim on the off-chance the DOJ promptly issues regulations it has contemplated issuing for seven years but has yet to make significant progress on.Blick web access court order, quoted in Blue Apron case too

Why are judges ruling for disabled plaintiffs in these web access cases? Because the ADA is a sweeping civil rights law that prohibits discrimination against people with disabilities. Because for 27 years the law has required public and private organizations covered by the ADA to effectively communicate with disabled people. Because the law requires participation, and without digital access there is no participation.

Sure, there will be cases where plaintiffs lose their cases; there have been some already. There are arguments that defense lawyers can make based on the lack of regulations, and it is the nature of the beast that some of those lawyers will make them. And there will be appeals of wins and losses.(Both the Domino’s Pizza decision throwing out a web access case, and the Winn-Dixie case recognizing the legal right to access, are both on appeal.)

But I believe the trend toward accessibility in the law is solid. That enough judges get it, that enough defense lawyers are recommending accessibility over adversarial posturing. And that the #ADA is strong enough on its own.

Perhaps equally importantly, enough companies have embraced accessibility (for reasons of inclusion, market expansion, better sites for all, the growing baby boomer demographic, improved SEO, etc.) that the accessibility die has been cast.

More and more private organizations — giants like Microsoft and Apple among them, recognize accessibility as a core corporate value. These companies, along with Capital One, DropBox and others write about creating a culture of accessibility in the workplace. Defense lawyers counsel that accessibility is a good plan to avoid legal action.

The law might have to play catch-up; it often does. But the absence of regulations cannot stop the forward motion toward an accessible online world.

The web access regulations that the DOJ has withdrawn are about entities covered by the Americans with Disabilities Act. Other laws also mandate digital access.

Many states have laws requiring web access. California passed a new one this past Fall requiring state agencies to post an accessibility compliance statement on their websites by January 2019. Read an article about the new California law. Airlines have their own digital accessibility requirements that even the current federal dDepartment of Transportation is enforcing.

Section 508 requires access for anyone developing / selling technology to the United States government. New regulations harmonizing Section 508 with WCAG 2.0 are effective as of January 18, 2018. And legal policies around the world mandate some level of accessibility.

What do all these other laws have to do with the dead ADA web regulations? They mean that developers, designers, usability folks, and everyone responsible for building websites and mobile apps have to know accessibility to do their jobs. Hiring someone? If they don’t know accessibility they won’t be able to do the job.

Resources about Web Accessibility and the Law

It grows harder and harder to stay on top of accessibility legal developments. Here are a few resources to help.