This article is about how lawyers behave. Too many lawyers believe they need to be a shark when advocating for their clients. While lawsuits are important, Lainey thinks lawyers can be more like dolphins. Dolphins are good communicators. They also work together to accomplish goals. One way to practice law like a dolphin is with a strategy called Structured Negotiation. In Structured Negotiation helpful skills include patience, trust and equanimity. Persistence, empathy, and optimism are also negotiation strategies. Honest communication and real listening can advance a client’s goals. Appreciating small steps on the road to meeting full goals is also an important tool. 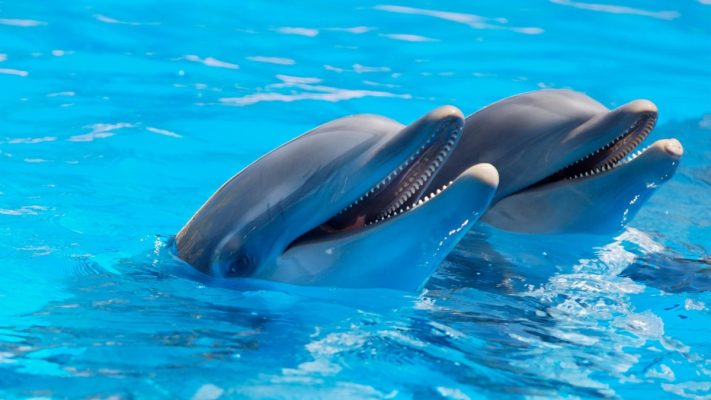 Must Lawyers be Sharks?

Everywhere you turn, sharks are used as a metaphor for attorneys. Hundreds of lawyer-as-shark jokes are easily found with a quick Google search. A popular book for new lawyers is titled “Teaching Baby Sharks to Swim.”

The metaphor has deep roots: Moby Dick includes a description of the “Brown Shark, or sea attorney, so called by sailors; a grasping, rapacious varlet…vultures of the deep.” I was not surprised when I looked up the word “varlet” to discover it means a “dishonest or unprincipled man.”

What is this metaphorical idea of a shark that is so readily associated with lawyers? At a recent workshop I led for digital designers at the University of Wisconsin-Madison, my copresenter and I asked participants to write down the first words that came to mind when hearing the word “shark.” Among the associations were “aggressive,” “menacing,” “bully,” and “opportunistic.”

I reject the metaphor.

Over twenty years of practicing a form of collaborative dispute resolution, known as Structured Negotiation, has taught me that shark qualities are not needed to advance my clients’ goals. To the contrary, shark-like qualities can inhibit the relationships so critical to true problem-solving and long-lasting change. Moreover, they can make life miserable for everyone around the table – lawyers and clients alike.

I reject the shark; I prefer the dolphin.

When I first decided several months ago to reject the shark, I contacted two friends who are marine biologists. I asked them for a substitute sea creature, one that was collaborative; one that had good communication skills. While other options were available, being a dolphin met my criteria. Dolphins cooperate, dolphins communicate. Dolphins are even optimistic, a negotiating quality that has helped me stay the course when the course gets rough.

The Madison workshop participants, who readily jumped to labeling sharks aggressive, had an understanding of dolphins that supported my choice of a better-suited sea dweller. “Nonthreatening” and “approachable,” they offered, meshing with my idea that dolphin qualities match up with good negotiation traits. 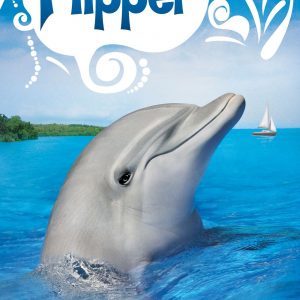 A perfect example is Flipper, the dolphin with his own television show in the 1960’s, who often went nose to nose with sharks and came out ahead using traits that collaboratively inclined lawyers use every day. One of the workshop participants explained Flipper’s core quality as “like a water-Lassie– always saving the day.” (Just last week I discovered “Skippy the Bush Kangaroo”, the Australian version of these American classics, a thoughtful quiet creature
using communications skills to save the day in the Outback.)

As advocates and peacemakers, Structured Negotiation practitioners try to save the day too. Being a dolphin helps.

What is Structured Negotiation?

Structured Negotiation is a dispute resolution method born at the intersection of disability and technology. My clients, co-counsel and I first used the process (before it was a process) working with U.S. banks on Talking ATMs for blind customers in the mid-1990’s. We were able to resolve what would otherwise have been complex and innovative national class action lawsuits, without filing a single complaint.

Because we were convinced it was not just luck that led to the nation’s first Talking ATMs, as well as damages for our clients and attorneys’ fees pursuant to disability rights laws,we decided to give the process a name. Structured Negotiation was born.

Knowing little to nothing about negotiation theory, we chose Structured Negotiation to emphasize that we were not just having a casual conversation. We were negotiating with a particular structure. We wrote a certain type of opening (not demand) letter that allowed us to identify legal issues without making an enemy out of the letter’s recipient. We began with a particular ground rules document (similar to that used in collaborative law, though without the withdrawal provision).

We used a non-adversarial way of sharing information and expertise. (No affidavits! No battles!) Our clients played an active role in the ultimate resolution – and were never subjected to a single day of deposition.

Other elements emerged as we continued to refine the process in other cases with other parties: drafting, monitoring and media strategies; language to foster cooperation; a mindset to nourish it; and other aspects of a new dispute resolution strategy explored in my book Structured Negotiation, A Winning Alternative to Lawsuits.

Using these elements, clients, colleagues and I went on to resolve class-type disability rights, technology and information claims with (not against) Walmart, the American Cancer Society, E*Trade, American Express, Anthem, Inc., Charles Schwab and dozens of others. Equifax, Experian and TransUnion negotiated about making credit reports accessible online. CVS, Walgreens, Humana and others negotiated about “talking” prescription labels. Major League Baseball negotiated about website access for its 30 teams and its mobile apps. No
lawsuits were needed or filed.

And with each case, I grew more and more comfortable being a dolphin. I stopped worrying about shark-ness. I stopped thinking that kindness was a sign of weakness, or that civil rights were compromised by cooperation.

Being a Dolphin in Structured Negotiation – and Beyond

Chapter 16 of my book is dedicated to the Structured Negotiation mindset, the elements of which I frequently refer to as dolphin qualities. These include patience, trust and equanimity, as well as persistence, empathy, and optimism. Honest communication, real listening, even kindness are also drawn upon. As I’ve spoken and trained others about Structured Negotiation over the past several years, I’ve come to realize that these skills are not only at the heart of the
dispute resolution process. They are skills that can be brought to bear in any situation where parties seek to avoid conflict and solve problems.

I use the word “skills” intentionally. Dolphin qualities are traits that can be learned, not fixed aspects of personality. It may come harder for some than others, but brain science (and my experience) teaches that change is possible. We can all become more patient, less triggered by setbacks, and more curious in seeking results that meet our clients’ needs.

We can learn to accept small steps on the road to big results – a strategy that has proved critical to working with large organizations across the United States.

Recently, I was in a conversation with a negotiating partner (a/k/a opposing counsel) whom I had known for many years through a variety of Structured Negotiation cases. On this occasion, something I said triggered his inner shark. When I expressed surprise, he basically admitted he had switched sea creatures. Well, not exactly. What Jim (not his real name) really said was that he was sorry to be “bad Jim.”

In other words, he was sorry he had reverted to the shark he usually had to be as a litigation attorney. Structured Negotiation gave him the opportunity to be “good Jim.”