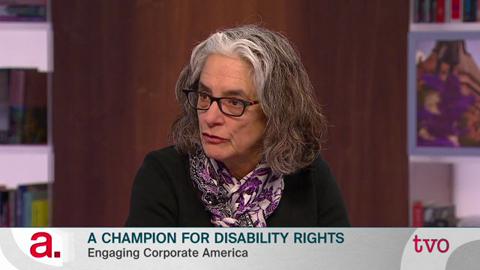 Structured Negotiation and Lainey Feingold’s depth of knowledge about digital accessibility has attracted the attention of the legal, disability, mainstream, and digital accessibility/usability media. This page includes an image of Lainey during an appearance on Canadian public television on The Agenda with Steve Paikin.

Find links to this show, as well as other media and podcast interviews, in the list below. For links to recordings of Lainey’s talks and webinars, Visit the Speaking Archives and Recorded Talks Page.