This is a post about how the law is helping to make websites and other information and technology more accessible to people with disabilities. In the past year the United States Department of Justice has done a lot of work to help people with disabilities. Lawyers at the DOJ have gone to court when websites do not work for disabled users. The DOJ has convinced cities and counties to make their digital services accessible.  Other lawyers have convinced schools that blind parents have a right to access their children’s school assignments on line just like sighted parents do. Other recent cases are about bank websites that everyone can use, and the rights of workers to use software they need to do their jobs. Advocates have also worked with drug stores to make sure blind customers can read prescription labels.  Return to top of Post.

This post is a version of the presentation Lainey Feingold gave in March 2015 at CSUN – the International Technology and People with Disabilities conference held annually in San Diego, California. The conference is sponsored by California State University Northridge (CSUN). The presentation covered legal developments in digital accessibility since CSUN14 (March 2014 through March 7, 2015). The slides shown during the presentation are available on SlideShare. Go to the powerpoint version of this presentation on the Slideshare website now.

This post is part of an occasional series about recent legal developments impacting technology and information access for people with disabilities. The series is illustrated by a toolbox — because law has proven an effective tool in improving the accessibility and usability of digital content, print information and technology for everyone. There are many ways to use the law, reflected by the many tools in the toolbox.

Parts of the update below were included in earlier posts in this series. You can find those posts in the Legal Updates Category of this website. Follow the Law Office of Lainey Feingold on Twitter for legal updates related to information and technology access, particularly for people who are blind and visually impaired. If you would like to be added to my email list, please visit the Contact page.

In settlements with the following entities, the United States Department of Justice required compliance with the Web Content Accessibility Guidelines (WCAG) 2.0 AA.

The Justice Department settlements did not merely reference digital access. The Department’s agreements include the following provisions to ensure that accessibility becomes embedded in an entity’s policies and development cycles. [Note: not all of the provisions listed here are in each agreement, but they are all in at least one.]

We may not have specific regulations requiring accessibility or spelling out a standard, but the DOJ’s actions leave no doubt: the Americans with Disabilities Act covers websites and the Web Content Accessibility Guidelines (WCAG) 2.0 AA are the appropriate standard for both web and mobile. Thank you to the attorneys in the Disability Rights Section of the Department of Justice.

The session briefly touched on the recently issued Notice of Proposed Rule Making (NPRM) for Section 508, as there were many other opportunities at CSUN to discuss the proposal. Visit the Access Board Section 508 Rulemaking page to read the proposed rule and stay current on the process.

The Access Board states that the four biggest changes from the “old” Section 508 are the following:

The following dates are important for final implementation of the proposed rule. 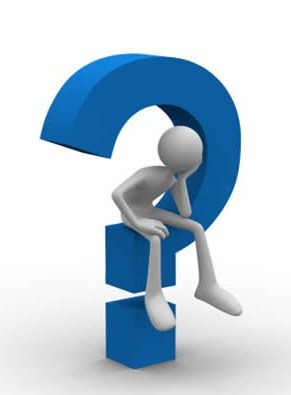 As most readers of this website know, the U.S. Department of Justice issued a Advanced Notice of Proposed Rulemaking (ANPRM) in 2010 on the issue of website accessibility for entities covered by Titles II (state and local government) and III (public accommodations) of the Americans with Disabilities Act. The DOJ enforcement activities mentioned above demonstrate that the DOJ already believes that the ADA covers websites and that WCAG 2.0 AA is the appropriate standard. Still, regulations would significantly increase public awareness about the need for accessible and usable digital content.

The next step in the regulatory process is a Notice of Proposed Rule Making (NPRM) for both the Title II and Title III web regulations. After that their is a public comment period before a final rule is issued. Projected deadlines have come and gone so many times that I won’t speculate on when we might see these next steps. I do know that no one should wait for the regulations before undertaking a digital accessibility program.

The remainder of the CSUN Legal Update talked about other legal efforts to increase accessibility and usability of digital content, technology and print information. The first subject was advocacy around video captioning.

The past year has seen a significant increase in legal advocacy geared toward making video content accessible to Deaf and hard of hearing computer users. The National Association of the Deaf (NAD) and its legal counsel, including the Disability Rights Education and Defense Fund are working to ensure that video content is captioned. Recent efforts include the following: 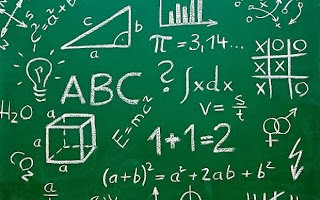 There were several developments since last CSUN involving the rights of students (and their parents) to fully participate in schooling and education at all levels. A great resource for this type of information is the web page tracking “Higher Ed Accessibility Lawsuits Complaints, and Settlements” maintained by Laura Carlson at the University of Minnesota at Duluth. This year’s CSUN update include class room issues from elementary school to law school testing. It is disappointing that educators need civil rights lawyers to ensure that students have access to education in the digital age.

The right to read is a basic human right. The digital revolution has the potential to open the world of books to millions of people with disabilities. But the absence of accessibility thwarts that possibility. At the CSUN session I reported on two recent legal developments involving the right to read. 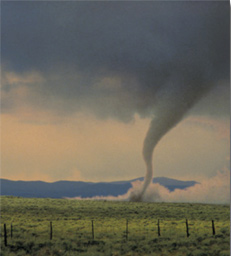 Access to digital content in an emergency can be a matter of life and death to everyone, including people with disabilities. Video content must be captioned and all digital content (web and mobile) must meet accessibility and usability standards or else government entities risk leaving disabled people without safety information they need. We reported on two legal developments to ensure that people with disabilities have access to emergency preparedness information.

The right to work is fundamental. The digital age should mean more people with disabilities can enter the workforce, but digital barriers often have the opposite affect. The session reported on several employment-related legal developments.