This post is an amendment to a settlement agreement. The first agreement was between E*Trade and two blind investors. E*Trade agreed to make its website and mobile applications accessible to disabled people. E*Trade is a champion of digital accessibility and has worked collaboratively with its blind customers in Structured Negotiation. Structured Negotiation is a strategy for resolving legal issues without the conflict and expense of litigation. 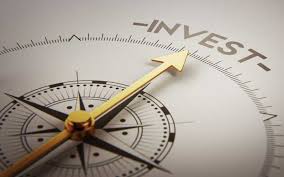 The Settlement Agreement Amendment posted here extends the digital accessibility settlement agreement reached between E*Trade and two blind investors in Structured Negotiation. In extending the agreement, E*Trade continues its leadership role in making its website, mobile applications, and trading platforms available to investors and members of the public with disabilities.

WHEREAS, The parties now, in March 2018, desire to amend the Settlement Agreement to further extend its term and corresponding dates;

NOW, THEREFORE, The parties agree and enter into this First Amendment to Settlement Agreement as follows:

Victor Tsaran, Pratik Patel, and E*TRADE Financial Corporation agree to amend the Settlement Agreement by replacing Paragraph 2 with the following:

2.         Duration of Settlement Agreement. The terms of the Full Agreement shall remain in effect from the Effective Date until March 31, 2020.

APPROVED AS TO FORM