This is a post about court cases that were filed by blind people.  The cases are about web accessibility.  The blind people wanted to be able to go online and find information on the websites. But the websites were not designed to make sure everyone can use them.  The cases were filed against Blick Art Materials, Five Guys restaurants, Winn-Dixie grocery store, and Hobby Lobby crafts store. In all the cases judges have supported the blind person bringing the suit.  The judges have said that the Americans with Disabilities Act means companies cannot discriminate against disabled people by having inaccessible websites. 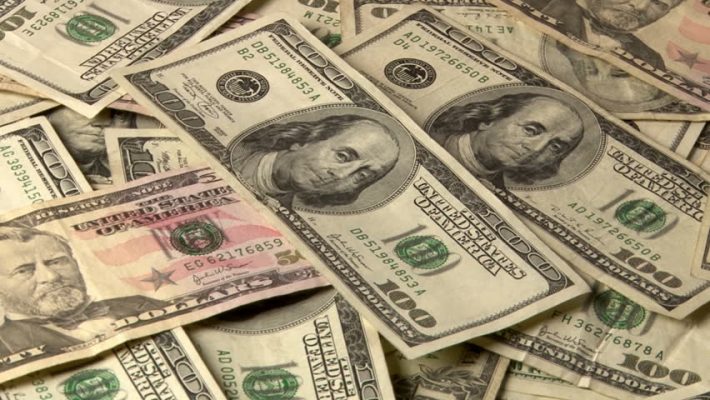 In less than two months, four different federal judges have said “Yes” to website accessibility. These cases, from Florida, California, and New York, are a wake-up call to every business in the United States that serves the public:

If you have a website, make it accessible so everyone can use it, including disabled people.

Every business has a budget; every business watches how money is spent. These cases are but the most recent in a long-string of wake-up calls with a simple message: Spend your hard-earned dollars on accessibility, not on lawyers to fight it.

The four cases discussed in this post are these:

On June 13, in the first trial of its kind under the Americans with Disabilities Act (ADA) a federal judge in Florida ruled that Winn Dixie had to make its website accessible. Two days later, a California judge rejected Hobby Lobby‘s arguments that a web accessibility case brought by a blind customer should be thrown out of court.

In July, court action on web accessibility shifted to New York. On July 21 a judge in the Southern District of New York (a federal court) ruled that a web accessibility case against Five Guys restaurant chain could continue in court.

Yes, other web access cases have (and will continue) to have different results. But taken together, the four cases discussed here are more than a trend. They are a strong statement that even with federal web regs on “inactive” status, the ADA protects the rights of disabled people to visit, interact with, and benefit from all the web has to offer.

Let’s take lawyers out of the web accessibility equation. Money is better spent on web developers, designers, user experience folks and others who can make the web (and mobile!) available to all.

On August 1, 2017 Judge Jack Weinstein of the Eastern District of New York allowed a web access class action lawsuit against Blick Art Materials to move forward. The Judge rejected the idea that web cases could only be brought if there was a tight connection (“nexus”) between the web and a physical place. Here are two parts of the 37 page order that I found particularly heartening:

Today, internet technology enables individuals to participate actively in their community and engage in commerce from the comfort and convenience of their home. It would be a cruel irony to adopt the interpretation of the ADA espoused by Blick, which would render the legislation intended to emancipate the disabled from the bonds of isolation and segregation obsolete when its objective is increasingly within reach. Judge Jack Weinstein in Andrews v.
Blick Art Materials

Blick’s suggested construction of Title III would contravene the ADA’s broad remedial purpose. Its view would exempt a huge—and growing—swath of mainstream American life based on the Internet from the Act’s requirements. The “broad mandate” of the ADA and its “comprehensive character” are resilient enough to keep pace with the fact that the virtual reality of the Internet is almost as important now as physical reality alone was when the statute was signed into law. That the meteoric rise of virtual reality through the Internet and its impact on communal and commercial affairs could not have been anticipated by Congress does not mean the law’s application to the Internet and website is ambiguous; “the fact that a statute can be applied in situations not expressly anticipated by Congress does not demonstrate ambiguity. It demonstrates breadth. Judge Jack Weinstein in Andrews v. Blick Art Materials

Read the Judge’s opinion in the Blick Art Materials case

A different judge in New York also recently refused to throw a web accessibility case out of court. The court order in the Five Guys web case held that the plaintiff would be allowed to pursue his case in court, in part because

Plaintiff has identified steps that defendant can take to ensure equal access to its website by the blind, such as by using the Web Content Accessibility Guidelines 2.0.

Judge Katherine B. Forrest also ruled that the lawsuit could go forward even though the defendant had told the court it was working accessibility:

While defendant may be in the process of updating the accessibility of its website, they have yet to successfully do so. Defendant has not established that “it [is] absolutely clear that the allegedly wrongful behavior could not reasonably be expected to recur.

This court order, as with the ruling in Blick Art Materials, does not mean that the disabled site visitors have won their cases. They haven’t — yet. These were just the preliminary skirmishes in what could be protracted (and very expensive) battles should the companies chose to continue the fight.

I hope they don’t.

On June 15 a federal court in California refused to throw out a web accessibility lawsuit brought by a blind shopper against crafts chain Hobby Lobby. Read the court’s order in the Hobby Lobby accessibility case.

The judge in the Hobby Lobby case is in the same federal court (the Central District of California) that threw out the Domino’s Pizza case. The Hobby Lobby judge didn’t believe that the company wasn’t aware that the ADA covers websites:

[f]or over 20 years, the DOJ has consistently maintained that the ADA applies to private websites that meet the definition of a public accommodation. . . . Hobby Lobby had more than sufficient notice in 2010 to determine that its website must comply with the ADA. Judge John F. Walter, U.S. District Judge

On June 13, a judge in the federal District Court in South Florida made history. That history came in the form of a court order in a lawsuit filed by blind Florida resident Juan Carlos Gil against regional grocer Winn-Dixie. The lawsuit argued that the Winn-Dixie website wasn’t accessible. Mr Gil could not read the store’s online coupons using his screen reader or use other features on the site.

After a two-day trial the court ruled in favor of the plaintiff (Mr. Gil). That order is historic because it is believed that this is the very first trial in an ADA case about website accessibility against a private company, known legally as a public accommodation. Read the Seyfarth Shaw blog post that identified the historic nature of this trial.

Winn-Dixie has decided to throw good money after bad and has now appealed the judge’s ruling. Perhaps the company will come to its senses and resolve the case without spending considerable sums in the appellate process, instead choosing accessibility.

By now most of us involved in making the web accessible to all know that the Republican administration has put potential web accessibility regulations on “inactive status.” Since the July 21 announcement I’ve been like a broken record on my LFLegal Twitter account: ADA regs are inactive, but the ADA still requires web accessibility.

The cases discussed in this post make that point far more eloquently than my tweets. In the Blick decision, the Judge recognized the excruciating delay in the DOJ’s web accessibility reg process, and found that it didn’t affect rights under the ADA:

The court will not delay in adjudicating his claim on the off-chance the DOJ promptly issues regulations it has contemplated issuing for seven years but has yet to make significant progress on. The interpretation of statutes and regulations is a task suited to the judiciary. It is unlikely that the DOJ will resolve this issue in a timely manner. Judge Jack Weinstein in Andrews v. Blick Art Materials

For another perspective on recent court developments, see Seyfarth Shaw’s August 7 post titled Two New York Federal Judges Refuse to Dismiss Website Accessibility Cases. Thank you to the post’s authors Kristina Launey and Minh Vu for posting PDFs of the two recent New York court orders, which are linked in above. For these New York cases and others, Seyfarth’s ADA Title III blog has long proven a reliable source for information about digital accessibility.