This is a post about the U.S. Department of Justice.  In 2010 the Agency began a process to create rules about website accessibility.  There are still no rules. The Department keeps delaying them.  Last week the DOJ said the next step towards rules for state and local government websites won’t happen until April 2016. The next step for private company websites serving the public (known as public accommodations) is further delayed.  Those regulations may not be issued until 2018.  But the DOJ has also been involved in court cases and investigations about web accessibility.  In those cases the Department is clear that websites should be accessible.  There is no reason to wait for new regulations.  Websites and mobile applications should be accessible today. Back to article about DOJ delay 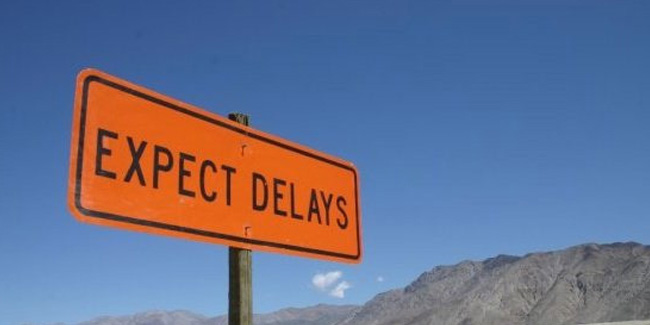 Every six months, agencies in the United States federal government must notify the public about the status of pending regulations. On November 19, 2015, The U.S. Department of Justice (DOJ) gave an update about pending regulations regarding the accessibility of websites. As the agency has done many times before, the update boils down to a five letter word: Delay. Probably until 2018 for private sector websites. [Note: this post has been updated to include information about the delay for another set of regulations — those updating Section 508 of the Rehabilitation Act.

The status of the regulations is buried in a Department of Justice filing with the Office of Information and Regulatory Affairs (OIRA) which is part of the Office of Management and Budget (OMB). The filing is called the semi-annual regulatory agenda. In the Fall, 2015 filing, the Department of Justice reported on the status of regulations for state and local governments (entities covered by Title II of the Americans with Disabilities Act) and for public accommodations (private entities serving the public covered by Title III of the ADA). The agency’s update is below. As you read, remember that even without regulations, the Americans with Disabilities Act (ADA) already requires websites and mobile applications to be available to everyone. The DOJ is delaying regulations. Site and app owners should not delay in making their digital properties accessible.

The United States Access Board is responsible for regulations under Section 508 governing federal procurement of accessible technology. Back in July 2006 the United States Access Board started “refreshing” those regulations by establishing the Telecommunications and Electronic and Information Technology Advisory Committee (TEITAC) to review the regulations. The committee issued its report in 2008, the most recent Notice of Proposed Rule Making was issued on February 27, 2015, and the public comment period closed this past May. Last week the agency announced that the final rule would not be coming out until October 2016. Read the Access Board’s Fall 2015 Regulatory Agenda that includes the 2016 date.

While the Access Board is responsible for Section 508 regulations, the United States Department of Justice is responsible for regulations under the ADA. For state and local governments, the Department of Justice’s Notice of Proposed Rule Making (NPRM) about web accessibility is now scheduled for January, 2016. (In 2010 the agency issued an Advanced Notice of Proposed Rule Making. The NPRM is the next step.) If that happens, the comment period will close in April 2016. Visit the DOJ information for Title II websites. The dates are in a small table toward the bottom of the page.

The regulations are a small part of what the Department of Justice does. In the agency’s enforcement activities, it is requiring state and local governments to make websites and mobile applications accessible. Through its Project Civic Action the DOJ has announced many settlements with state and local governments requiring digital accessibility. The most recent is a settlement with Mclennan County, Texas announced in November, 2015. Obligations to make web-based services and programs accessible begin in Section 41 of the agreement. You can read more about DOJ web access enforcement activities over the past few years in the Legal Updates posted on this website.

Many schools, colleges and universities are covered by Title II of the ADA. The DOJ, the Department of Education, and private lawsuit settlements leave no doubt: even without regulations web and mobile content, features and functions must be accessible to people with disabilities. A review of enforcement activity by both government agencies and private parties teaches that compliance with the Web Content Accessibility Guidelines (WCAG) 2.0 Level AA, combined with a robust program of usability testing, is the way to ensure that Title II websites and mobile applications meet ADA non-discrimination requirements.

For public accommodations (private entities serving the public) the date for issuance of the NPRM has been changed to “to be determined.” Visit the DOJ Information for Title III websites. This is a step backwards in rule making; this past Spring the regulatory agenda stated that the private sector web regulations would be out by April, 2016. Read the Spring 2015 regulatory agenda for private sector websites.

Although the semi-annual agenda says “to be determined,” in a related filing last week the agency says it does not expect to issue the Notice of Proposed Rule Making for private sector websites until fiscal year 2018. Here is a quote from the agency’s November 2015 Statement of Regulatory Priorities

Even though the web regulations are not expected any time soon, the Department of Justice has consistently and repeatedly stated that the Americans with Disabilities Act already requires websites to be accessible. When the DOJ delayed rule making in June 2014 I wrote a post detailing DOJ’s commitment to web access as of Spring 2014. Since that time, DOJ’s commitment to web and mobile accessibility has not wavered. Visit the Legal Update page to read recent DOJ digital accessibility activities.

The Legal Updates linked above also detail how private parties are using the ADA to guarantee that disabled people have access to web and mobile content from private sector entities. Look for the next legal update before the end of the year. It will include the recently announced settlement between the National Federation of the Blind and Scribd — the Netflix of Books. Scribd — an online-only service — has agreed to make its digital offerings accessible. Read the Scribd/NFB press release.

Thank you to the National Law Review for first posting about the Fall 2015 recent regulatory agenda.