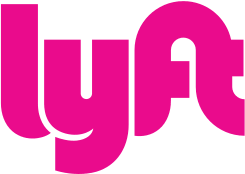 When persons who were gender-nonconforming or appearing in drag were not picked up by Lyft drivers in San Francisco, they turned to Structured Negotiation to improve the company’s policies and resolve their discrimination claims. This summer the advocacy strategy paid off — no lawsuit needed.

At the end of July the claimants announced they had “reached a collaborative agreement with Lyft to ensure individuals in the queer and drag communities are not discriminated against by drivers using Lyft’s platform.”

The agreement applies to Lyft’s policies, practices, and procedures concerning all riders using the Lyft platform in the United States.

Claimants in the case are Kevin Seaman, an interdisciplinary artist, cultural worker, and drag queen whose drag persona is LOL McFiercen, and The Sisters of Perpetual Indulgence, a leading-edge Order of queer and trans nuns devoted to community service and promoting human rights. They were represented by the San Francisco law firm of Rosen Bien Galvan & Grunfeld, LLP and by the National Center for Lesbian Rights.

Kara Janssen, a lawyer at Rosen Bien Galvan & Grunfeld who worked on the case, explained the value of Structured Negotiation:

Structured negotiations was an invaluable tool that allowed us to work together as partners instead of adversaries. As a result, we could immediately focus on solutions. The collaborative efforts of our clients and Lyft culminated in a settlement we hope will serve as a model for other ride-sharing providers.Kara Janssen, lawyer for LGBTQ claimants

The case began in early 2018 when Claimants’ counsel wrote to Lyft about the problem. According to the parties settlement, the letter stated that “persons who were gender-nonconforming, or appearing in drag, were not being provided with equal access to rides they requested using the Lyft Platform, and specifically were being denied rides by Drivers.”

A few months later, the Parties agreed to use Structured Negotiation instead of a lawsuit to improve Lyft’s policies, practices, and procedures. The goal was that Lyft services would be available to everyone, “without regard to sex, sexual orientation, gender expression, and/or gender identity.”

Structured Negotiation is a collaborative advocacy strategy for resolving disputes that focuses on solutions and relationships, and avoids the conflict and expense of contested litigation. Structured Negotiation took root at the intersection of blindness, disability rights and technology, and has application for many types of civil rights and other cases.

Resources about the case and Structured Negotiation