This is a post about a historic United Nations Treaty. The treaty protects the rights of blind people to read by relaxing copyright laws. This means that blind people will be able to obtain books in formats other than standard print. 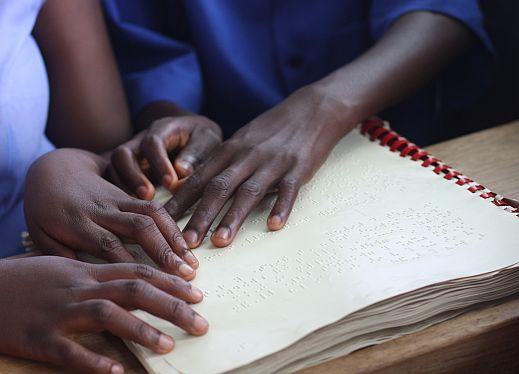 Congratulations to the international blindness community and other copyright activists around the globe! What some are calling the “Marakesh Miracle” happened on June 25, 2013 as negotiators ironed out the final details of an historic treaty protecting the reading rights of people who are blind and have other print disabilities. After five years of activism, organizing and hard work, The World Intellectual Property Organization (WIPO) concluded negotiations on the treaty which contains limitations and exceptions to copyright for blind and visually impaired persons and others with print disabilities. Copyright changes are critical for blind people to obtain reading materials in formats they can use, such as Braille, electronic formats, and audio books.

The treaty, once ratified and adopted, will create improved access to books around the globe. The draft document now goes to the full United Nations plenary for adoption and review and, ultimately, ratification and implementation. Jump to Resources about the Treaty

The WIPO treaty was designed to address a “book famine” caused by antiquated copyright laws that prevent people with print disabilities from gaining access to reading materials. Lead by the World Blind Union and its allies around the world, activists came together to protect the right to read. In the United States, in addition to the nation’s blindness and disability rights organizations, the American Library Association, among others, worked for copyright acknowledgment of the needs of blind readers.

Activists were thrilled with the outcome.

This is a cause for celebrating the recognition for equal opportunity and true access to printed materials published around the world for people who are blind or visually impaired. The treaty negotiated by WIPO delegates is truly historic, and symbolizes a key that will be able to open doors to literature and knowledge previously not available to people with disabilities. This international treaty is unprecedented.— Kim Charlson, First Vice President of the American Council of the Blind

We are still in shock, this is the beginning of changing the world for blind people.
— Maryanne Diamond, immediate past president of the World Blind Union

Now we have a legal regime to make it possible for every person with print disabilities on the planet to get access to the books they need for education, employment, and social inclusion.— Jim Fruchterman, Founder and CEO of BookShare

Activists also faced stiff and powerful opposition in their quest for reading equality. In fighting its adoption, the Intellectual Property Owners Association called the treaty “dangerous precedent.” Its letter to WIPO was signed by representatives from Exxon Mobile, General Electric, Zerox, Microsoft and a host of others.