The United States Access Board is currently considering proposed changes to the ADA Accessibility Guidelines (ADAAG) that would require certain self-service kiosks to be accessible to people with disabilities. Based on their experience with Talking ATMs and tactile point of sale devices, the Law Office of Lainey Feingold and Linda Dardarian of Goldstein, Demchak, Baller, Borgen & Dardarian, prepared comments on the Board’s proposal for use by persons interested in accessible devices. Those comments, all or parts of which were incorporated into submissions filed with the Board by several organizations, are posted here. Read more… Access Board Considers ADAAG Coverage for Self-Service Kiosks

July 26, 2010 marks the twentieth anniversary of the Americans with Disabilities Act. This is LFLegal’s tribute to both the ADA and the dedicated organizations and individuals who got the law passed and continue to implement it. In this post you can read about ADA Twentieth Anniversary Resources and my personal thanks and congratulations to the disability community on this historic occasion. Read more… The ADA Turns Twenty 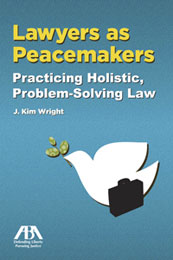 Posted here is a news report from the Philippines about a legislative push for Talking ATMs in that country. Reading this news on the eve of the 20th anniversary of the Americans with Disabilities Act is fitting. Although the law being celebrated this month is focused on “Americans”, disability advocacy in one part of the globe often has ripple affects across the world. Today we have a global economy and multi-national corporations. We also have global advocacy and international advances in disability access. Especially when it comes to accessible technology. Read more… Talking ATMs in the Philippines: Perfect ADA Anniversary Story