On June 5, the city of Portland, Oregon issued a press release with the title “Major milestone reached in making Portland’s streets and sidewalks more accessible.” The announcement was reached as a result of a sweeping settlement negotiated between the city and residents who use wheelchairs. Under the agreement, Portland will install and upgrade approximately 18,000 curb ramps over the next twelve years. The agreement was reached in Structured Negotiation. Read more… Structured Negotiation Delivers Landmark Results in Portland Sidewalk Case 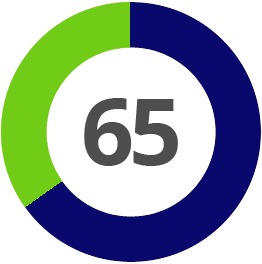 During a recent presentation about the digital accessibility legal space I was asked a question. It was about a word that pops up with increasing frequency as fear of lawsuits drives too much of the digital accessibility world. The “C” word — compliance. The question was this: If the captions on online videos are 65% accurate do you think that would comply with legal responsibilities?audience question This is the kind of question that arises when people are driven by fear. When people forget what accessibility is about. Even forget what the law is about. Read more… Asking about compliance? You may be asking the wrong question