The Settlement Agreement about Accessible Pedestrian Signals with the City and County of San Francisco was the first in the country to address this critical pedestrian safety issue. The agreement, in which the City agreed to spend at least 1.6 million dollars and install APS at at least 80 intersections, was negotiated by Lainey and co-counsel Linda Dardarian using Structured Negotiations. Claimants in the case were the California Council of the Blind, the San Francisco based LightHouse for the Blind and Visually Impaired, the Independent Living Resource Center San Francisco, and blind advocate Damien Pickering. As exhibits to the Settlement Agreement, the parties negotiated Technical Specifications and a detailed tool to help public entities prioritize intersections for APS installation. Contact us if you would like a copy of the tool. Read more… San Francisco APS Agreement 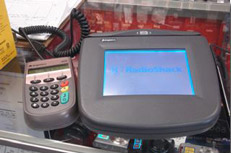 The RadioShack POS and Web Settlement Agreement was negotiated by Lainey Feingold and Linda Dardarian using Structured Negotiations on behalf of the American Council of the Blind (ACB), the American Foundation for the Blind, and the California Council of the Blind (CCB). In the Agreement, RadioShack agreed to install tactile point of sale devices in every RadioShack store in the United States and to upgrade its website to comply with the Web Content Accessibility Guidelines (WCAG) promulgated by the Web Accessibility Initiative (WAI) of the World Wide Web Consortium. Read more… RadioShack POS and Web Agreement