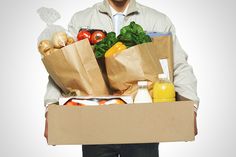 On February 26, 2014, Safeway took an important step in meeting its goal of a fully usable digital experience for all customers. In a banner posted on its grocery delivery site, Safeway announced it was eliminating the separate text-only website it had maintained for many years. Eliminating the text-only site is part of Safeway’s commitment to making its main site accessible to all users. Read more… Separate is Not Equal: Good News for Grocery Delivery